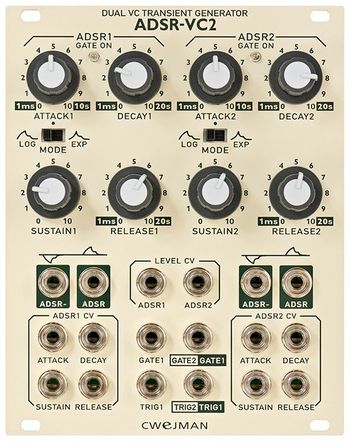 It's a dual envelope generator with two identical, independent ADSR units which can be both triggered simultaneously by one single trigger due to a normalized jack. All parameters (attack, decay, sustain release and the output level) can be voltage controlled. Besides short A, D and R times a switchable characteristic of the attack for punchy and crisp envelopes (long envelope times are possible) 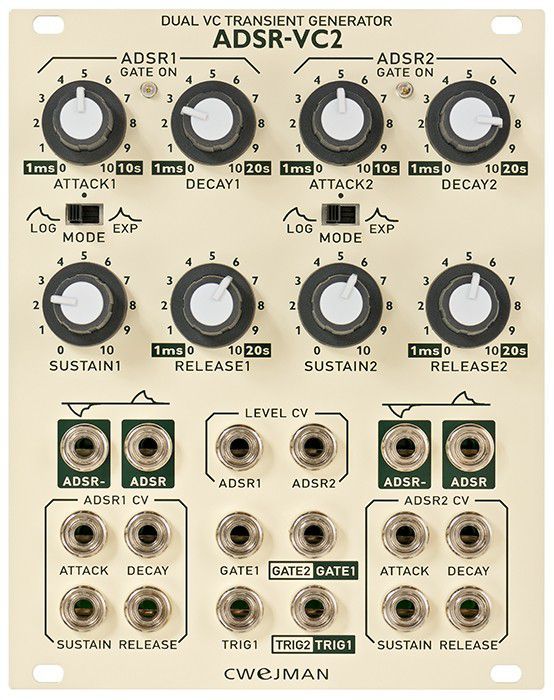