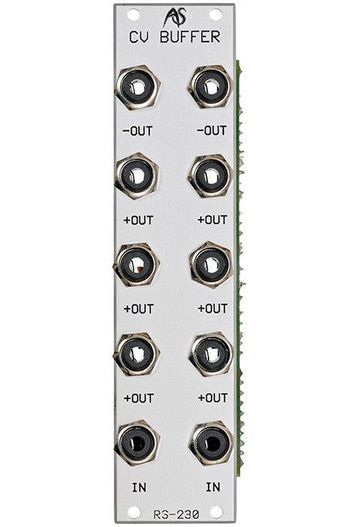 The RS230 CV buffer is an electronically active version of the RS170 Multiple. However, unlike the RS170, you should not attempt to use the RS230 to combine the outputs from multiple source modules. It will not act as a mixer

The RS230 measures and maintains the voltages applied at its two inputs so that, even if you use all eight outputs, or even chain multiple RS230s, the voltages are not adversely affected as the patch becomes more complex. Each of the module's two banks can be used to distribute a single output from a source to as many as four inputs on other modules. If you patch the banks together, a single output can be directed to as many as seven inputs.
IN
Each bank offers a single signal input. You may present a signal or CV in the range ±10V for distribution to other modules.
+OUT
Each bank offers three outputs that precisely distribute the input voltage with its existing polarity.
-OUT
Each bank offers one output that precisely distributes the input voltage with opposite polarity.
Dimensions
3U Analogue Systems module, 6HP wide, 35mm deep
30mA power consumption
Weight 0.089 kg 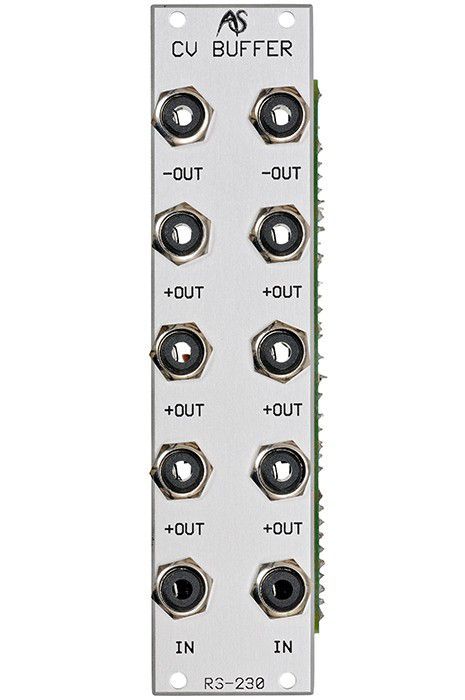