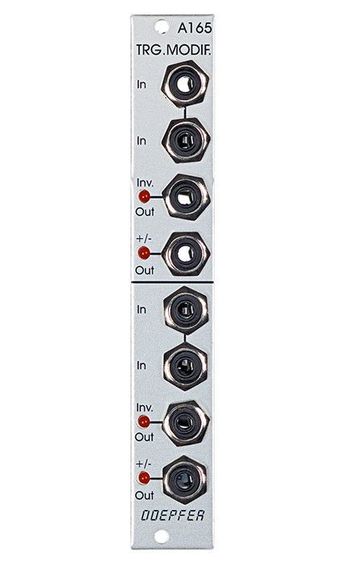 Module A-165 (Dual Trigger Modifier) contains two separate trigger modifiers, to use with logical / digital levels (Gate, Clock, Trigger).
Each half of the module enables signals generated by the A-100 to communicate with other instruments (such as an external sequencer), or is simply used where you want to reverse a trigger polarity.
Whatever signal is patched into the input is inverted by the module, and fed out of the Inv. Out (inverted output) socket.
At the same time, a trigger signal of roughly 50 ms is generated every time an edge of the trigger pulse is sensed (negative as well as positive).
This trigger signal is available at the +/- output.
Two LEDs act as indicators showing the level of signal available at the two outputs. 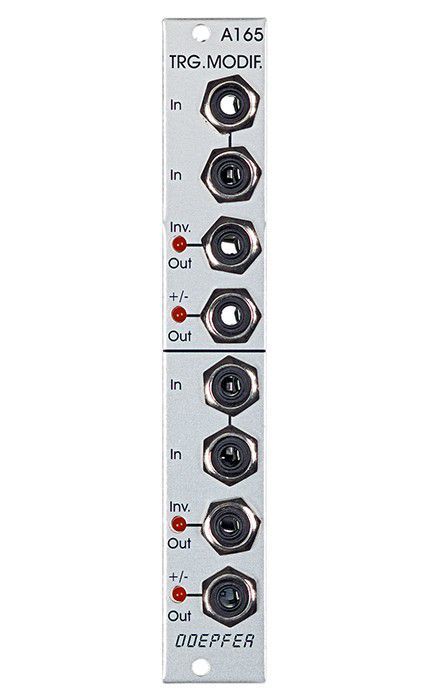