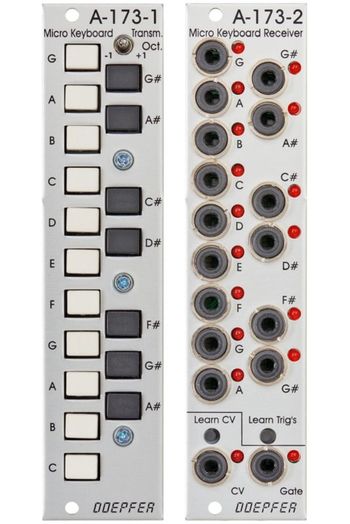 173-1/2 is a module combo that is used to generate a manually controlled 1V/Octave CV signal and up to 15 manually controlled gate/trigger signals. Typical applications are the transposition of a sequence by means of the CV output ) and the manual generation of gate signals for start, stop, envelope generator triggering and other trigger tasks.

A-173-1 is the transmitter module and is made of a 1 ½ octaves micro keyboard and a three-position octave switch.

A-173-2 is the receiver module and generates several gate/trigger signals and a 1V/Oct. CV signal. The upper section of the module is used for the gates which are controlled by the corresponding buttons of the A-173-1. Each output can be programmed as gate (pressing/releasing the corresponding key turns the gate on/off) or toggle (pressing the corresponding key changes the state). The state of each output is displayed by an LED.
The lower section of the module is used the generate a 1V/Oct. CV signal and gate signal in the usual way.

The modules communicate via standard midi note on/off messages and are connected internally by means of a 2-wire cable. That way the modules can be mounted at different positions within the case. 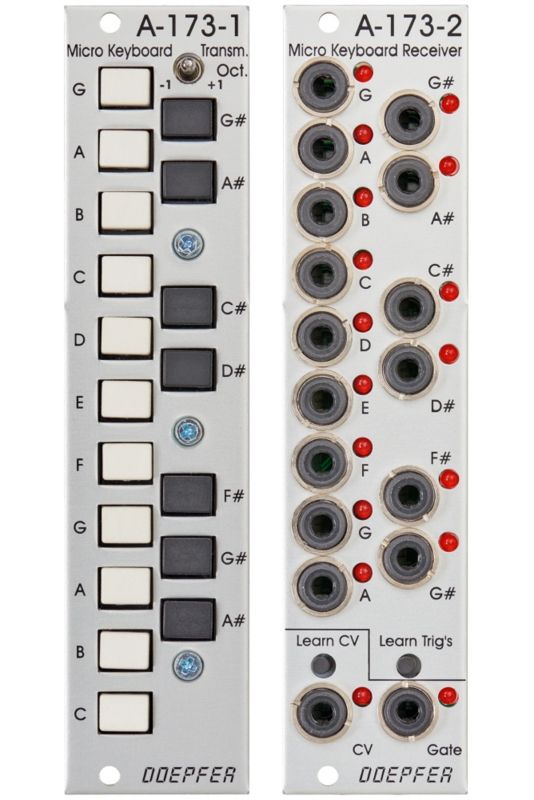